The statue is a life size bronze sculpture of C/Sgt Watchman V.  It will be placed in a black marble base with gold engravings. It is to be installed on the Lower Lawn in Tamworth Castle Grounds.

The project started as a desire by the Staffordshire Regimental Association to build a statue of their mascot to go at the National Memorial Arboretum, The artiest Johanna-Domke-Guyot was commissioned to create a statue. Unfortunately this project floundered and the statue thought un-achievable.

At the same time  a number of community leaders were getting together in Tamworth with the idea of creating a statue for our county regiment and to also commemorate the town's favourite canine citizen. Watchman is a very popular mascot in Tamworth, previously being awarded Freedom of the Borough.

The group picked up the services of Johanna-Domke-Guyot for their memorial, picking up where the previous project left off.  The statue of Watchman is to honour the mascots and handlers who have served the regiment, as well as those brave men lost in service since the end of WW2.

The base will be surrounded with engraved bricks baring the names of all Staffords lost on deployment or operations since the end of WW2.

The bronze centre piece was designed by artist Johanna-Domke-Guyot and represents years of work by the artist and a dedicated fundraising by a team in Tamworth. The base is being constructed by Dave Bradshaw, a Stafford veteran.

The project is led by Cllr Robert Pritchard and Community Tpogether CIC.

The statue cost over £15,000 and the project has been financially supported by -

and the people of Tamworth.

A long term ambition of the project would be for replicas to be made from the mould, and placed at the National Memorial Arboretum.

​A commemorative beer is being brewed by Tamworth Tap to mark the dedication of the statue later in 2019. 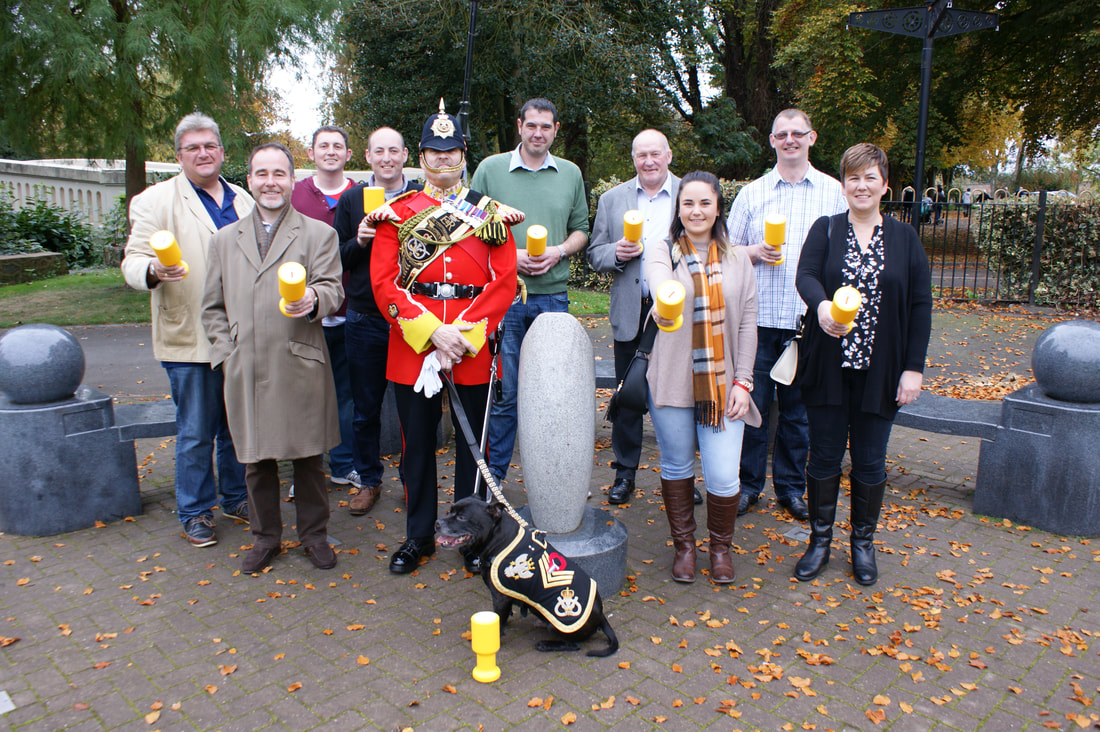 Various community, civic and business leaders coming together to launch the campaign. 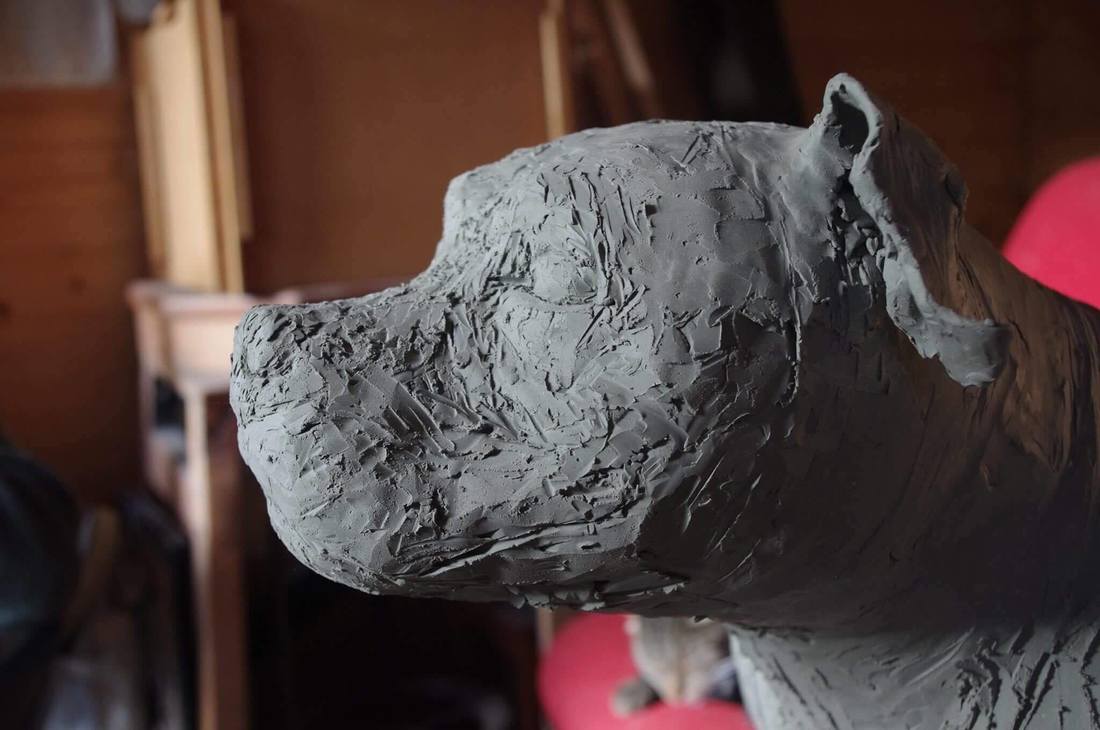 The clay model at an early stage. 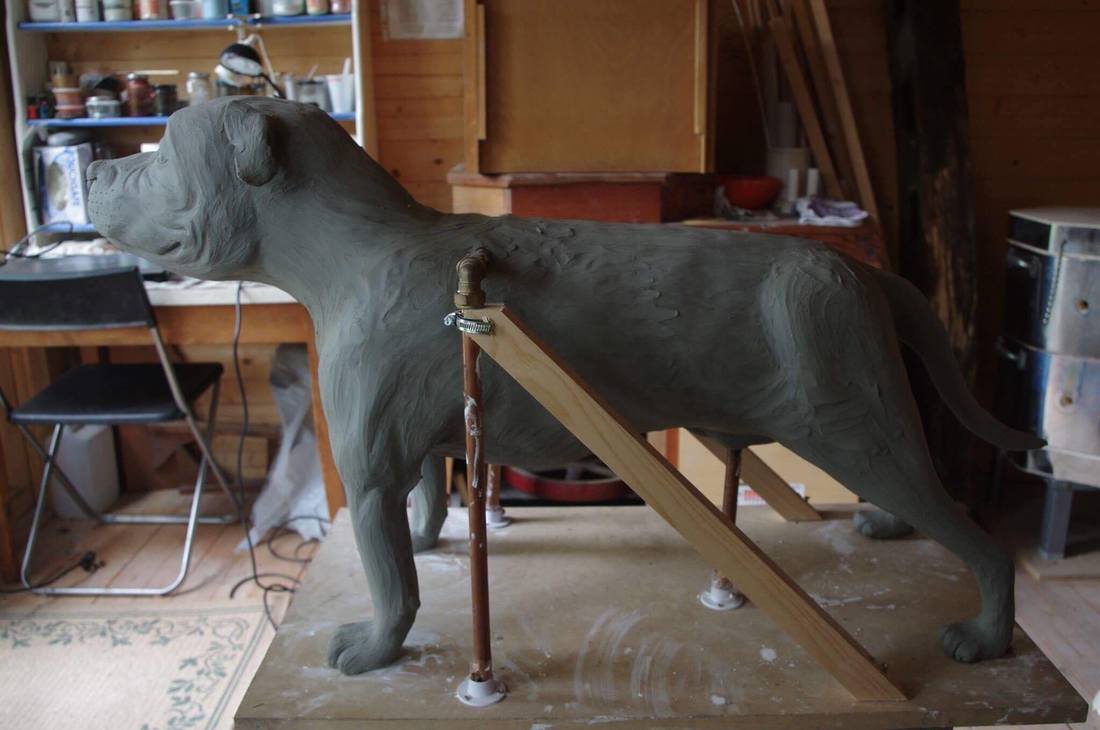 Works progressing on the clay model. 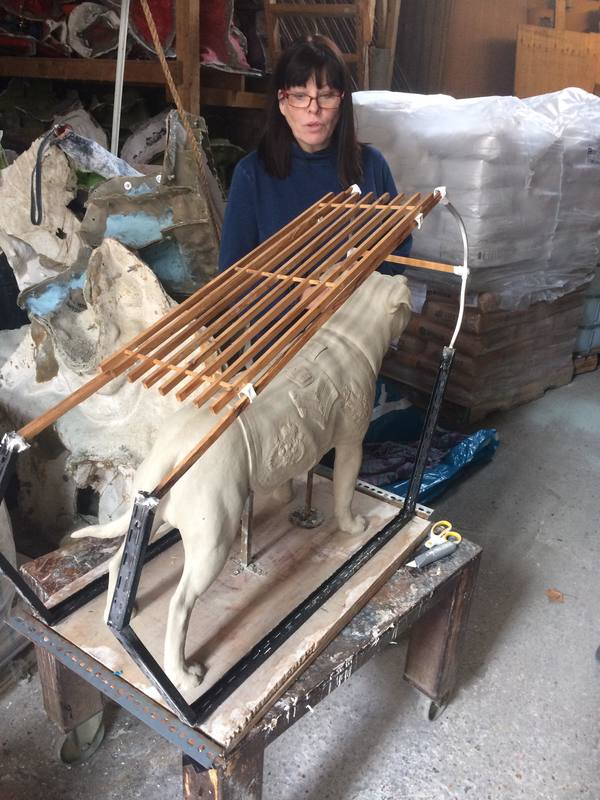 The artist with the completed clay model arriving at the foundry. 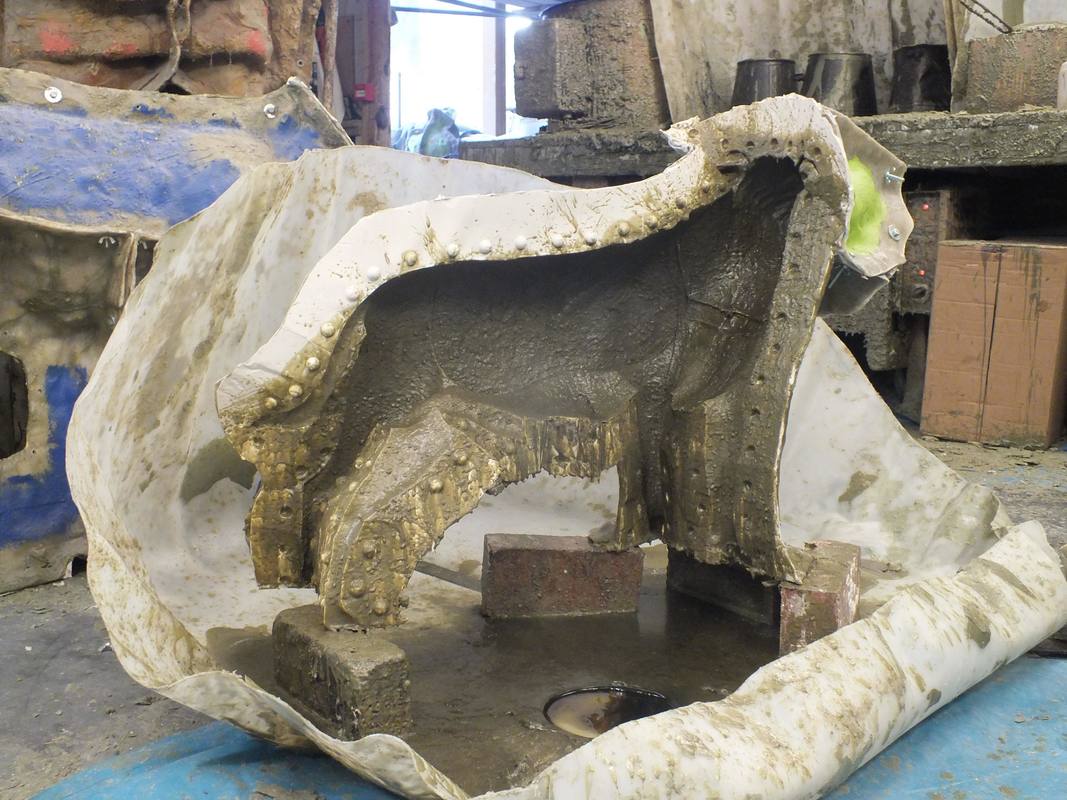 The mould made from the clay model. 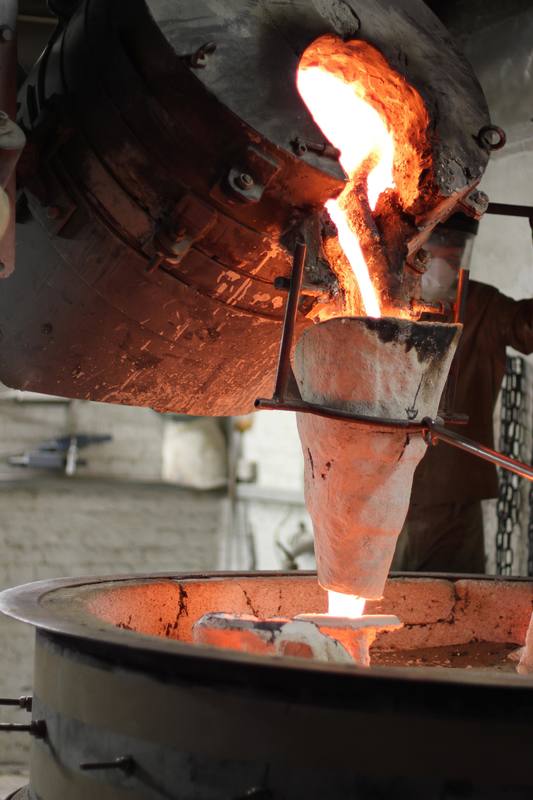 The bronze being poured. 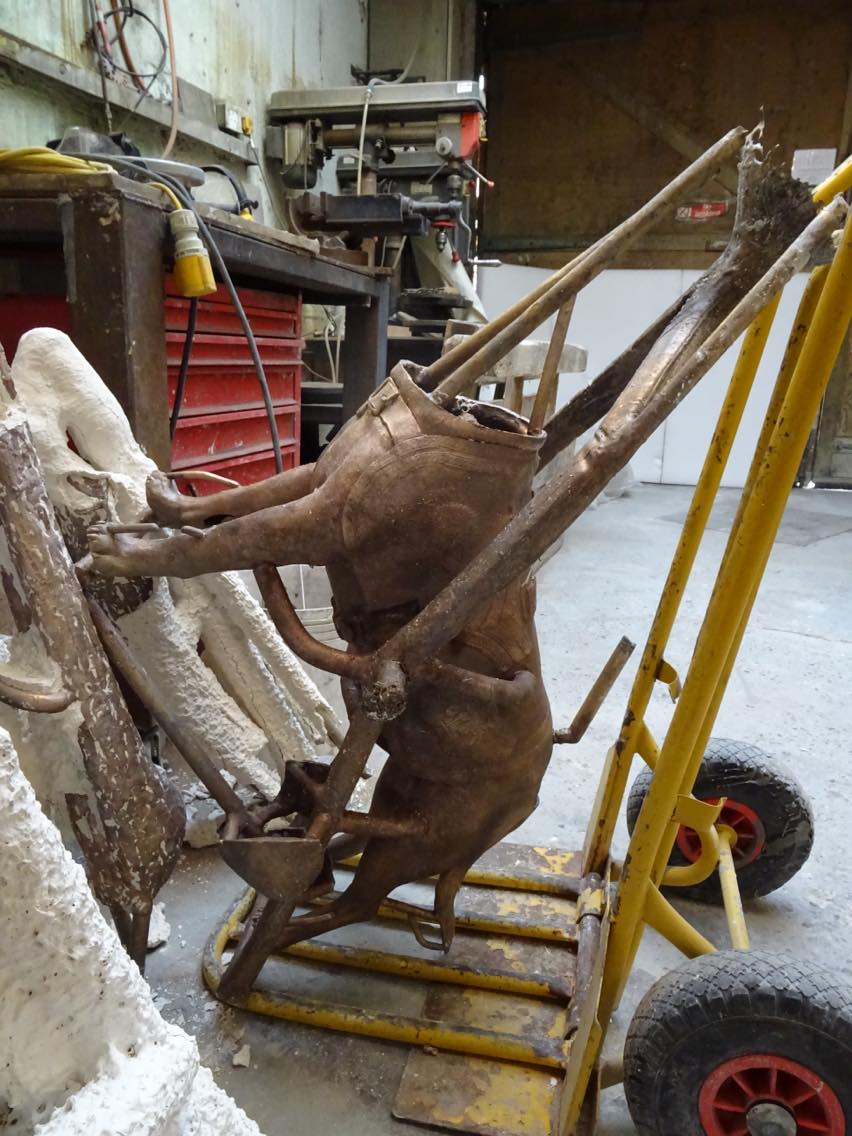 The statue after bring poured, the head is cast separately. 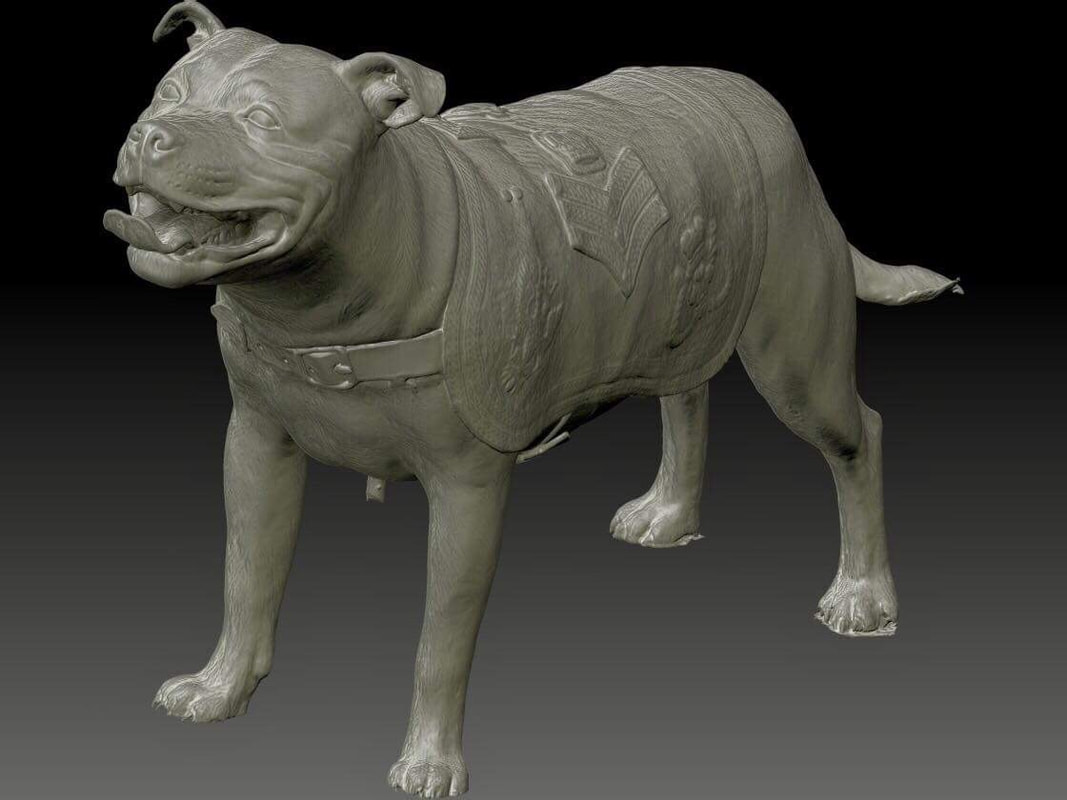 An early 3D scan of the statue.
Powered by